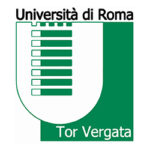 The University of Rome Tor Vergata offers 112 degree programs,11 of which are entirely in English, 31 doctoral degrees, 12 of which awards joint degree with foreign universities, collaborating in international research projects with over 500  Universities and promoting interdisciplinary research.

The Department of Biology includes 50 faculties covering a wide spectrum of biological projects with a major focus in high-throughput technologies, bioinformatics and modern cell biology.

The University of Tor Vergata is one of ELIXIR-Italy nodes, thanks to the contribution of the Bioinformatics and Computational Biology Unit of the Molecular Genetics group led by Professor Gianni Cesareni and the Molecular Bioinformatics group led by Prof. Manuela Helmer Citterich that, over the years, have produced many bioinformatics tools and databases that are widely used by the international scientific community, such as, MINT, SIGNOR, MENTHA, VIRUSMENTHA, PHOSPHO 3D, PDBFUN, PHOSFINDER, among others.

The procedure for requesting a temporary Teams account is reserved to: • New International students (ongoing enrollment on Delphi platform for the 2020/2021 academic year,