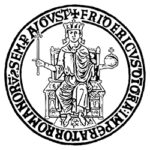 “The University of Naples was named after Federico II in 1992. Its ancient origins date back to June the 5th, 1224, when the Suevian emperor, as well as king of Sicily, issued its edict instituting it from Syracuse. At the University of Naples Federico II many research groups, starting from different and sometimes complementary research fields, contribute their expertise to carry out research and produce services and computational tools in various areas of bioinformatics.