The Italian National Institute of Nuclear and Particle Physics (INFN) was founded in 1951 and is a governmental research organization with 20 divisions, 4 national laboratories and three national centers spread throughout Italy. Its mission is to promote, coordinate and fund nuclear, particle and high-energy physics research in Italy.
Since its inception, INFN has been developing open ICT innovative solutions for its own advanced needs of distributed computing and software applications. It has a remarkable excellence expertise on Grid and Cloud technologies, having fostered and participated, with leadership roles, to many of the large Projects financed by the EC that led to the realization of the European Grid Infrastructure (EGI). The Grid middleware, based on open standards and protocols and on high-level security technologies, provides researchers with an integrated access to computing and storage systems, heterogeneous and owned by various institutions, establishing a new scalable paradigm, replicable in other sectors of the society (e.g. e-Government).
The middleware used in almost all the 350 EGI Data Centres was designed, developed and released by the European Project EMI (European Middleware Initiative), where INFN was one of the main partners. INFN itself develops and provides many of the key components for the EGI operations.
INFN has developed a general-purpose portal for accessing grid and cloud resources, as well as a general framework enabling the implementation of science gateways for many different user communities. The portals use SAML-based authentication federation for identifying users, and can integrate both online certification authorities providing credentials and “robot” certificates.
INFN has a leading role in two national projects (PRISMA and Open City Platform) which involve a large number of ICT Italian companies, funded by the Italian Ministry of Education and Research and belonging to the Smart Cities and Communities framework, to develop open source cloud solutions capable of federating different cloud services provided by both public institutions and private companies. INFN has the responsibility of the development of the federated open source IaaS platform and a key role in the development of a specific PaaS for the Public Administration. In this context, INFN is profiting from the large expertise developed with the grid middleware, based on open standards and protocols and on high-level security technologies. This open source and standard‐based federated cloud aims at allowing different actors (private companies, academic and research institutions, public sector institutions) to provide efficient, cheap and standard-based services to the various Italian public administrations. Within the ReCaS project, a national project funded by the Italian Ministry of Education and Research, INFN is expanding its distributed computing infrastructure in four centres of southern Italy: Bari, Catania, Cosenza and Naples. The infrastructure, whose main user remains High Energy Physics, is intended to provide support to other communities in strategic sectors of science: Physics, Medicine, Biotechnology and Environment.
INFN is currently leading the H2020 project INDIGO-DataCloud (INtegrating Distributed data Infrastructures for Global ExplOitation) aims at developing a data/computing platform targeted at scientific communities, deployable on multiple hardware, and provisioned over hybrid (private or public) e-infrastructures. Development of a Platform based on open source software, without restrictions on the e- Infrastructure to be accessed (public or commercial, GRID/Cloud/HPC) or its underlying software. INDIGO-DataCloud is a project of 11M€ budget and 26 different partners both public and private bodies.

INFN is also involved since many years in supporting other scientific use cases with the same computing technologies used for their experiments. In this perspective, the INFN has been involved in various projects and research activities with groups of bioinformatics, in particular in the context of Elixir and LifeWatch. 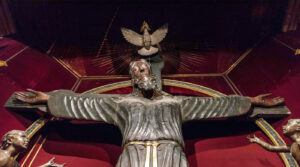