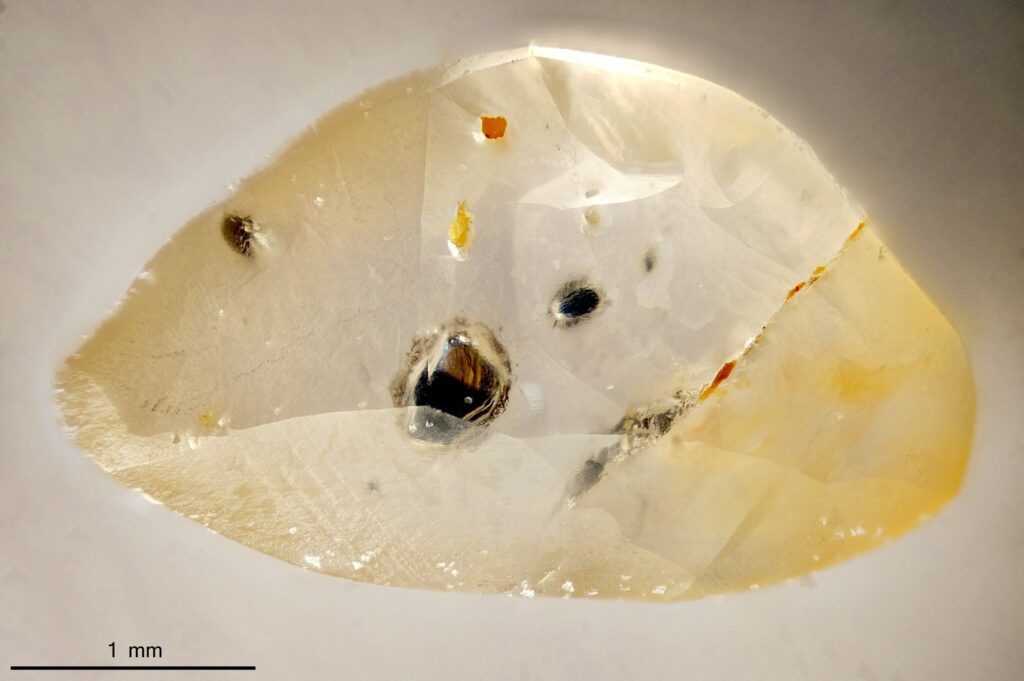 Over 50 years of experimental studies aimed at understanding what the interior of the Earth is made of have led to the discovery of important minerals (wadsleyite, ringwoodite, bridgmanite and ferropericlase) considered to be representative of the mineralogical composition of the planet at depths greater than 400 km. Laboratory simulations of the primordial conditions of pressure (10,000 atmospheres every 30 km of depth) and temperature (3 ° C every 100 meters) have shown that these minerals were among the first to form when the Earth’s core – an alloy of iron and nickel – solidified as a result of the cooling of the magma ball that made up our planet more than 4.5 billion years ago. Yet, the chemical and mineralogical composition of the Earth’s interior is still little known, because direct observations – rather complex – are not abundant.

The team led by Chiara Anzolini, of the University of Padua – with the participation of Luca Bindi, full professor of mineralogy of the Unifi Department of Earth Sciences, Vincenzo Stagno, associate of Petrology and experimental thermodynamics of the University La Sapienza of Rome, and Fabrizio Nestola, director of the Department of Geosciences of the University of Padua – has studied very rare super-deep diamonds, discovering dozens of micro inclusions of minerals containing iron in different oxidation states (metallic, ferrous and ferric iron). These are often reliable “witnesses” of the chemical and mineralogical composition of the environment in which the diamonds themselves crystallize. The study was published in the scientific journal PNAS (“Proceedings of the National Academy of Sciences USA”).

“It is certainly unlikely that at a depth of 300-1000 meters there is free oxygen capable of oxidizing, that is, rusting, the minerals present, producing new solids. For this reason, the diamond becomes a sort of carrier of information on the presence of metal phases and carbon in the elementary state,” the researchers explain. “The sequence of minerals deciphered within the examined super-deep diamond is similar to what has already been observed by other researchers in the past. Compared to previous studies, however, the volumetric ratios between these minerals are such that they can only be formed by the decomposition of a mineral whose proposed chemical formula, although still subject to debate, is Fe4O5”.

This compound is currently only observed as a product of experiments conducted in the laboratory at high pressure and temperature. The crystallization of a diamond in the depths is a process that requires such conditions, but, above all, low quantities of oxygen: if this were not the case, minerals containing oxidized carbon, such as magnesite and calcite, would be more common. The presence of iron-containing mineral inclusions with various states of oxidation suggests that portions of the crust rich in oxygen have reached deep regions, triggering chemical reactions that on the one hand have produced the Fe contained in the minerals present to rust, but on the other have caused the formation of diamonds.

“The discovery of a diamond with iron-rich inclusions at different oxidation states indicates unexpected chemical phenomena at those depths, which are accompanied by a series of reactions that suggest how dynamic the Earth is inside. It has always been very difficult to predict the presence of the Fe4O5 phase in the depths of the Earth without in-depth investigations on systems with a realistic composition such as inclusions in super-deep diamonds,” comments Luca Bindi. “We believe that Fe4O5 is a plausible accessory phase in the interior of the Earth, at least in locally rich portions of iron..”